Reviews and recommendations are unbiased and products are independently selected. Postmedia may earn an affiliate commission from purchases made through links on this page.

It’s fitting that the first show of the Mayfield Dinner Theatre season — A Closer Walk with Patsy Cline — should feature a woman who made her way despite adversity. Indeed, every show at the Mayfield since the pandemic struck has seen artistic director Van Wilmott performing feats of dash and daring to bring productions to the stage that entertain and inspire (Patsy’s particular specialty).

“Patsy was the pioneer of not only being a female country singer but the one who was in charge of her own career. She didn’t take crap from anyone,” Wilmott says of the beloved American country and pop star. “She rattled some cages because she wasn’t in the kitchen, but she was the boss.”

After being moved three times to accommodate pandemic restrictions, A Closer Walk with Patsy Cline finally kicks off Sept. 14. It stars Sara-Jeanne Hosie, a B.C. artist now living in Stratford, Ont. who twice before has inhabited the character in front of Edmonton audiences. (Devra Straker takes over the titular role from Oct. 12-31).

Sheldon Bergstrom will also be onstage as Little Big Man, who narrates the stirring story.

Cline — one of the first country music performers to also make it on the pop scene — died in a plane crash at the age of 31 while on her way back home to Nashville from Kansas City during poor weather. Two years before, she had survived life-threatening injuries sustained in a car accident.

Through 20 of her best-known songs, A Closer Walk with Patsy Cline chronicles the singer’s career, which began in her mid-teens and included smash hits such as Crazy (written by Willy Nelson), Walkin’ After Midnight and I Fall to Pieces. Along the way, she was married twice and had two children.

“She was the first female country singer ever to play Carnegie Hall,” says Wilmott. “She just broke ground for a lot of people.”

A Closer Walk with Patsy Cline sees a return of the dinner buffet at the Mayfield, which had been restricted to plated meals for past shows. Plexiglas shields erected last year remain in place.

“It’s a bit of a moving target but the commitment we made is that we will be back at the buffet with safety protocols … and now it’s mandatory people will have to be wearing masks when they come into the building.”

Wilmott hopes the rest of the five-show season will roll out without incident, but the fickle nature of the COVID-19 virus makes that prospect “a daily conversation.” Still, Wilmott is hopeful. Actors Equity (the performers’ union) requires all performers be double vaccinated and many safety protocols, including wearing masks during rehearsals, are in place to protect the artists.

The next show of the season, Buddy — The Buddy Holly Story, is scheduled to run from Nov. 9 to Jan. 23. This proven audience draw, so far rescheduled three times, will be followed by Nashville Outlaws, which was written by Sara-Jeanne Hosie and Will Marks back in 2007. The show assembles three country icons (Johnny Cash, Waylon Jennings and Willie Nelson) and stars Kevin Dabbs, Alberta country artist Dwayne Steele and Roman Pfob. Local singer Andrea House plays the female characters, from the narrator to June Carter Cash.

But the biggest risk of the season comes with Mamma Mia! The Abba musical boasts a singing and dancing cast of more than 20, plus the band. A COVID-19 challenge to say the least. Regardless, it’s on the schedule from April 12 to June 12, 2022.

“We still have to cast it and get the machine rolling to get a big show up. It’s a very expensive thing. And yet, if we’ve learned anything in the last year and a half, (it’s that) you can’t trust anything,” says Wilmott. “We hope eight or nine months from now, that a higher percentage of people will have been vaccinated and numbers (will have dropped) and the Delta variant is no longer a concern.”

The last slot of the season (July 5 to Aug. 11, 2022) is occupied by the Mayfield’s annual foray into plays, which sees the return of the romantic comedy, Sexy Laundry. Penned by Vancouver’s Michelle Riml, the show follows a middle-aged couple using hilariously questionable methods to jumpstart their 25-year marriage.

The 2021/22 schedule has been carefully seeded with audience favourites, starting with small-cast productions and peaking with a big and splashy musical. Wilmott hopes his planning pays off.

A Closer Walk with Patsy Cline

Sign up to receive daily headline news from the Edmonton Journal, a division of Postmedia Network Inc.

Thanks for signing up!

A welcome email is on its way. If you don’t see it, please check your junk folder.

The next issue of Edmonton Journal Headline News will soon be in your inbox.

We encountered an issue signing you up. Please try again 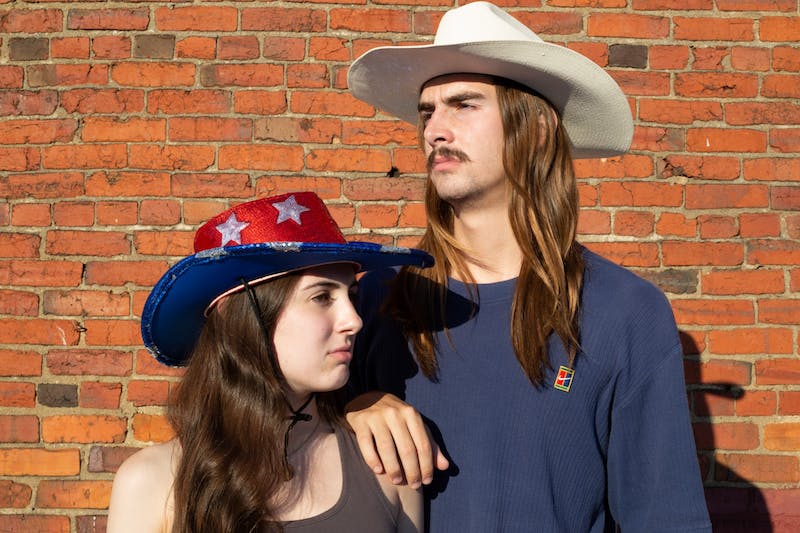 Column: Three chords and the fact